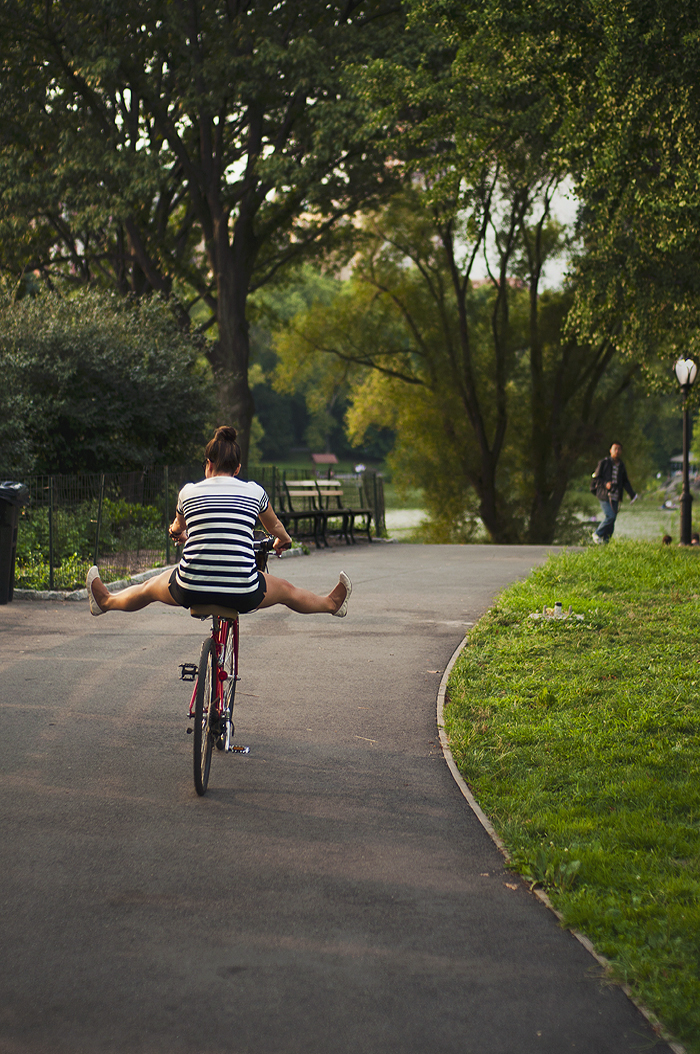 Everyone needs to experience that moment where you are riding bikes through Central Park at sunset and you just throw your legs out and pretend to be six again...

I have a handful of friends that have either recently or are in fact right now enjoying time in New York City. I can't believe that I've gotten to spend as much time there as I have this year, it's been such a treat. A luxury really. And for work no less! Photography + traveling + NEW YORK! That was my business goal for 2012 and to see it reached is honestly really still a 'pinch me I'm dreaming' realization. Now my good friend Rachel is living there! She moved over this week! How thrilling! Such an inspiring city that place is. We dream of moving over for more then just a month next time... now THAT would be a real adventure!

Until then {can I even say "until then"?!? "until maybe then"?!?! haha} we've decided to really ground ourselves in the beautiful city we live in. Sometimes we all get in that spirit of 'the grass is greener...' until reality forces us to look around and realize we've actually got a pretty nice little pasture right under our feet. That being said, this evening we are finahhhlllyyyyy going to Local 360 for dinner with good friends Miguel and Claudia who are actually themselves jet setting off to Paris in a few days. Where better to discuss what will be a life changing trip for Miss Claudia {this will be her first Paris visit!} then one of our own cities most wonderful new additions to the culinary scene {or at least that's what I've heard... I'll let you know!}

*thanks to liz sallee for snapping the above image!
Email Post
Labels: Personal Travel